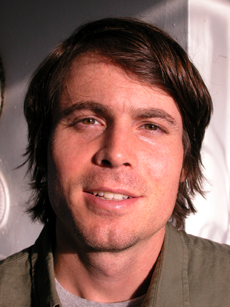 I ran into Cullen Thomas around NYC during a few writer events and he was kind enough to agree to an interview for Written Road. He is the author of Brother One Cell

, a book about his time in a South Korean prison, and his work has appeared in Salon, the New York Times, the Washington Post, GQ, and elsewhere.

Written Road: How did you first become involved in travel writing/publishing?
Cullen Thomas: While teaching English in Seoul in 1993, I wrote several short, stranger-in-a-strange-land pieces for the Korea Times. It was the first time that I’d been paid for my writing.

WR: What was your first break?
CT: My first big break was getting a piece I wrote about a trip to wild Mindanao, in the Philippines, into the New York Times Magazine. Just sent it in, and it happened to stick.

WR: What has been the biggest boost to your career?
CT: The publication of my first book. It has opened up so many doors and brought so many new people into my life, both professionally and personally. It’s been a tremendous boon.

WR: Who have been your biggest influences?
CT: Early on I loved the tales of 19th-century adventurer and explorer Sir Richard Francis Burton. Other influences are Bruce Chatwin, Octavio Paz, Thesiger, Kapuscinski . . .

WR: Did you find it difficult to relive some of the experiences of your prison time when writing Brother One Cell?
CT: To some extent, but overall the process was very cathartic. There is, of course, an emotional cost and effort required to go back and relive and reexamine any personally significant event. The raw emotions sometimes come back even now, ten years on, when I read from my book at events or discuss the story publicly.

WR: Have you been back to Korea or have any plans to go back?
CT: I haven’t been back, don’t know if I can go back, but certainly would like to. The book has been translated and is scheduled for publication in Korea in May. This could be a great time for me to make a return trip. Fact is, I have an abiding interest in and appreciation of Korea.

WR: I heard Brother One Cell

is now in paperback. When was the release?
CT: The paperback was released in late February.

WR: So, what are you working on now?
CT: At the moment I’m working on an article about Equatorial Guinea, a little-known West African country with a tragic modern history. I’ll be starting a new book very soon.

WR: What is your typical day like?
CT: Reading, editing, writing . . .

WR: Do you have any advice for young, blossoming travel writers out there? What is the best way to begin a career in travel writing?
CT: Get out there, search for yourself, challenge yourself, dig out those stories that others aren’t telling.

WR: Favorite place?
CT: I love the island off the coast of Maine that my mother owns. Spain is full of wonder. There are places in Korea, like Kyongju, that for me exuded powerful energy and hold a place in my mind. I’ve had moments of bliss in all the places I’ve gone.

WR: What is the one item you cannot travel without?
CT: A sense of humility and gratitude.