Someone Scratched My LP

by BogdanApril 14, 2008 7 comments on Someone Scratched My LP 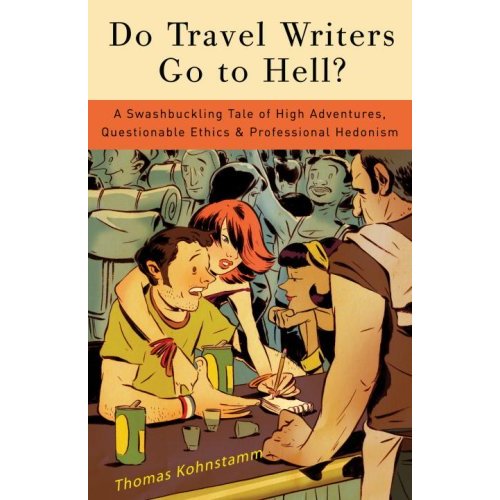 I don’t know if anyone has been following the news that has been creaping up all over the media the past few days, but guidebook publisher Lonely Planet has been hit by a renegade author, Thomas Kohnstamm, who is claiming that he sold drugs to compensate for his lousy authors salary, made up huge chunks of books, and updated the LP Colombia guide from…San Francisco. All this can be read in his book, to be released April 22, Do Travel Writers Go To Hell: A Swashbuckling Tale of High Adventures, Questionable Ethics & Professional Hedonism

Reviews about the book so far have been fairly positive, although they haven’t really concentrated on the scandal part.

As a fellow guidebook author I have to stick up for LP, because this is just one guy. I know quite a few Lonely Planet authors and everyone of them is very professional and dedicated to their work. Some are saying the LP editors should have caught this, to which I say not likely. The editors are there to edit the text and they haven’t necessarily been to say, Sudan. Is it possible to fake a restaurant or hotel listing. Sure. But who does that? Most guidebook authors love to go to work. It’s not glamorous and usually more tedious than what most think, but it can be fun. If he didn’t like LP’s wages he wasn’t forced to work for them.

So what is going to be the result of this fallout? LP is going to take a hit, no doubt about it. They are already on the defensive. They are the number one guidebook publisher in the world. The one everyone loves to hate. This will be blown up in the media way too much. You probably won’t see Kohnstamm on Oprah like James Frey, but he will be interviewed everywhere over the next few months. People will begin to question all guidebooks and how reliable their authors are.

What will happen to Kohnstamm? LP may go after him. I can’t say for sure with LP, but most guidebook contracts specifically state that the author must actually visit the country they are writing about. He may have dated an intern at the Colombian Embassy as he claims, but seriously, doesn’t count. If LP doesn’t do anything, the readers of the Colombia guide will. That’s a lwasuit waiting to happen. Do you realize how many people’s lives he put in jeopardy with that guide? Thousands. I’ve spent months in Colombia and have been fine. The country is for the most part safe for tourists, but there are outlying regions with constantly changing security issues that do change quite often, which is why what he did was extremely dangerous. (Update: Now I hear that Kohnstamm was only commisioned to update the history section of the Colombia book! He really wouldn’t need to visit for that, so why he is even acting like he did something naughty here is beyond me. Ideas?)

There’s been a huge response on the blogosphere already:
–5 Reasons to Be Outraged By the Lonely Planet Fraud
–Do Lonely Planet Writers Go to Hell. Thomas Kohnstamm might.
–The Kohnstamm Affair: A Long Rant on What It’s Really Like to Be a Guidebook Author